We're lovely people to work with

We are Strawberry Blond. 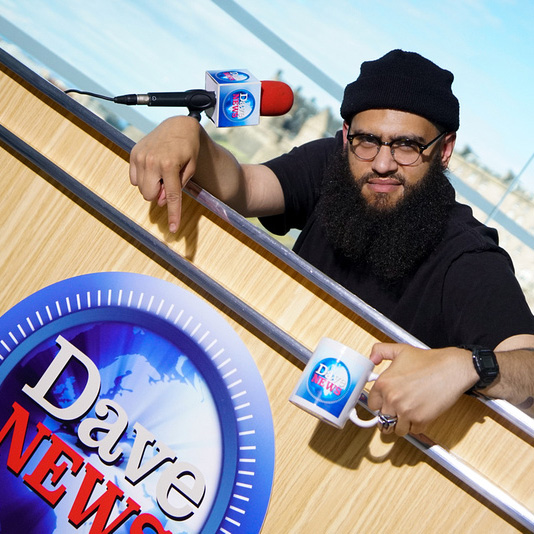 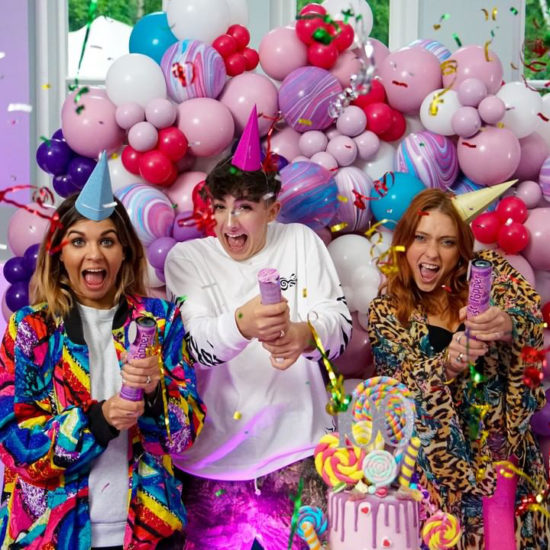 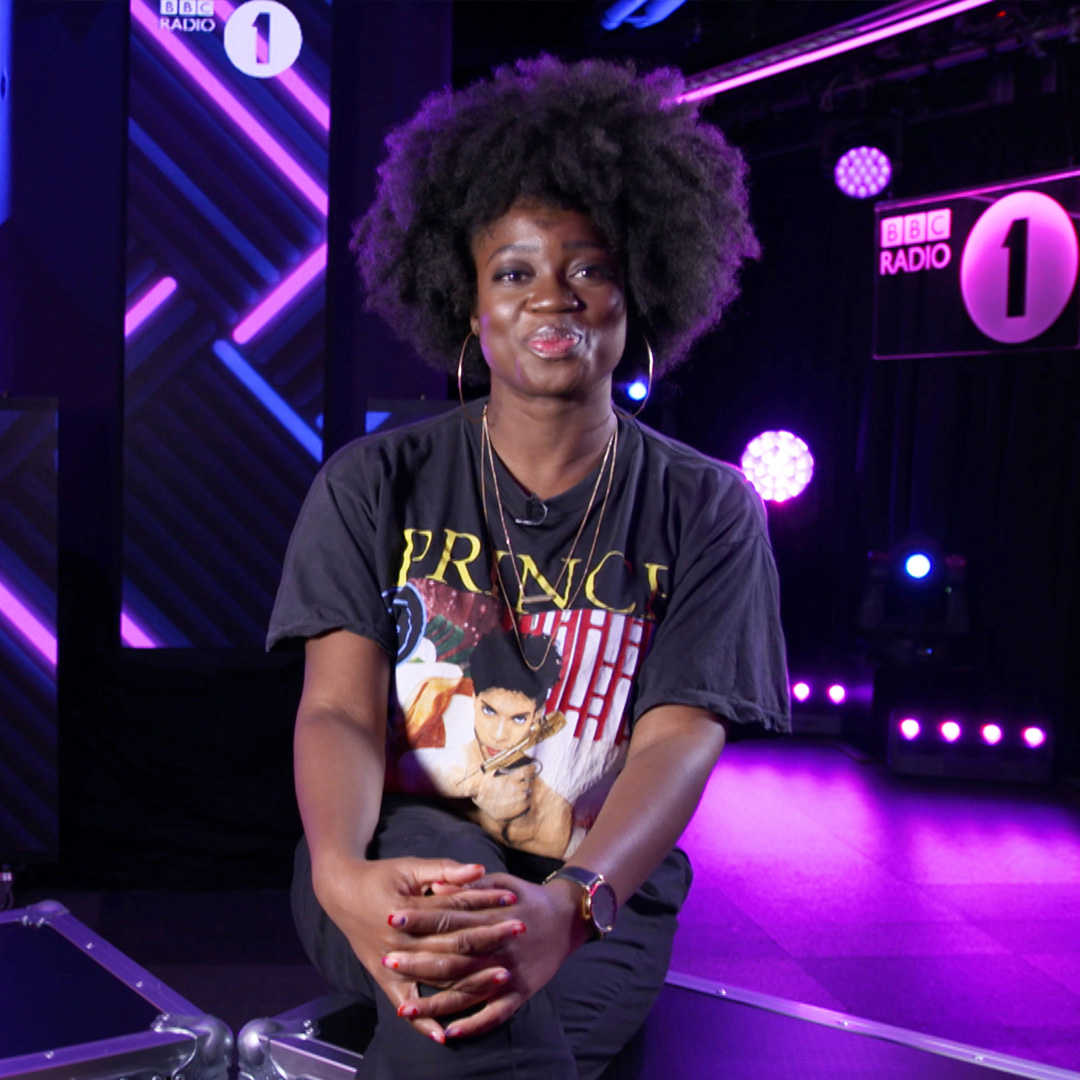 Want to keep up to speed?

Pop your email below, hit return, and you'll receive some Strawberry goodness from time to time! 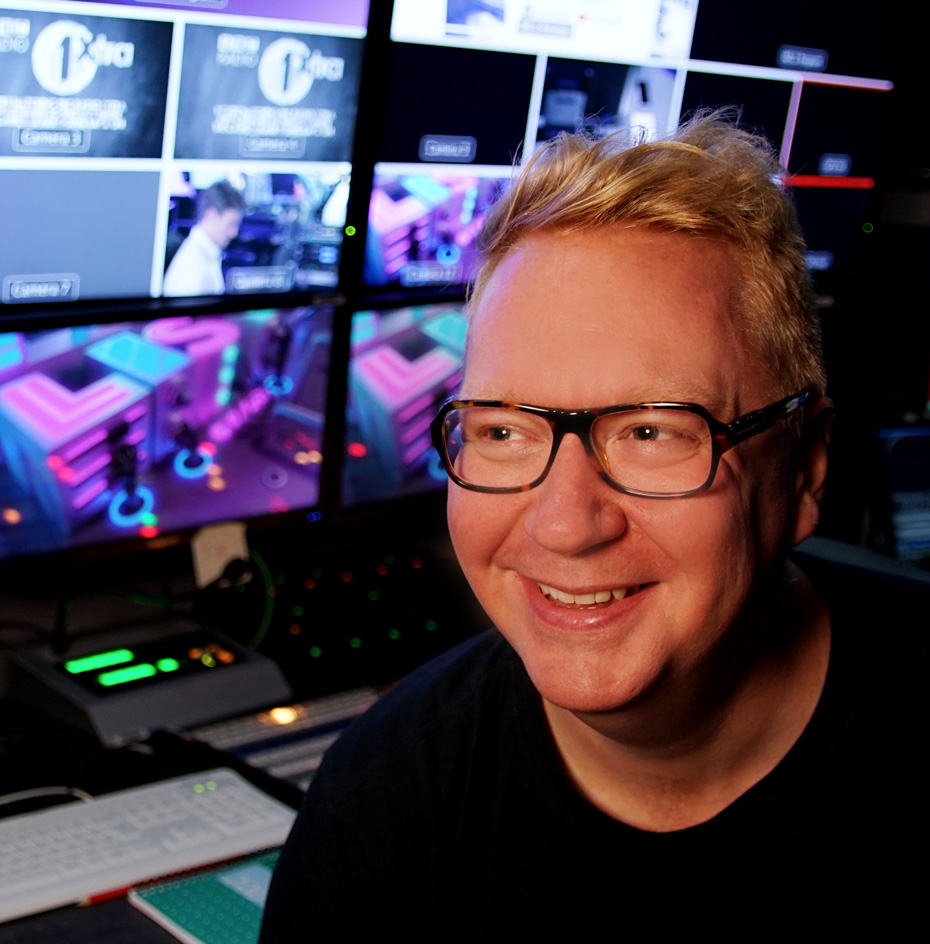 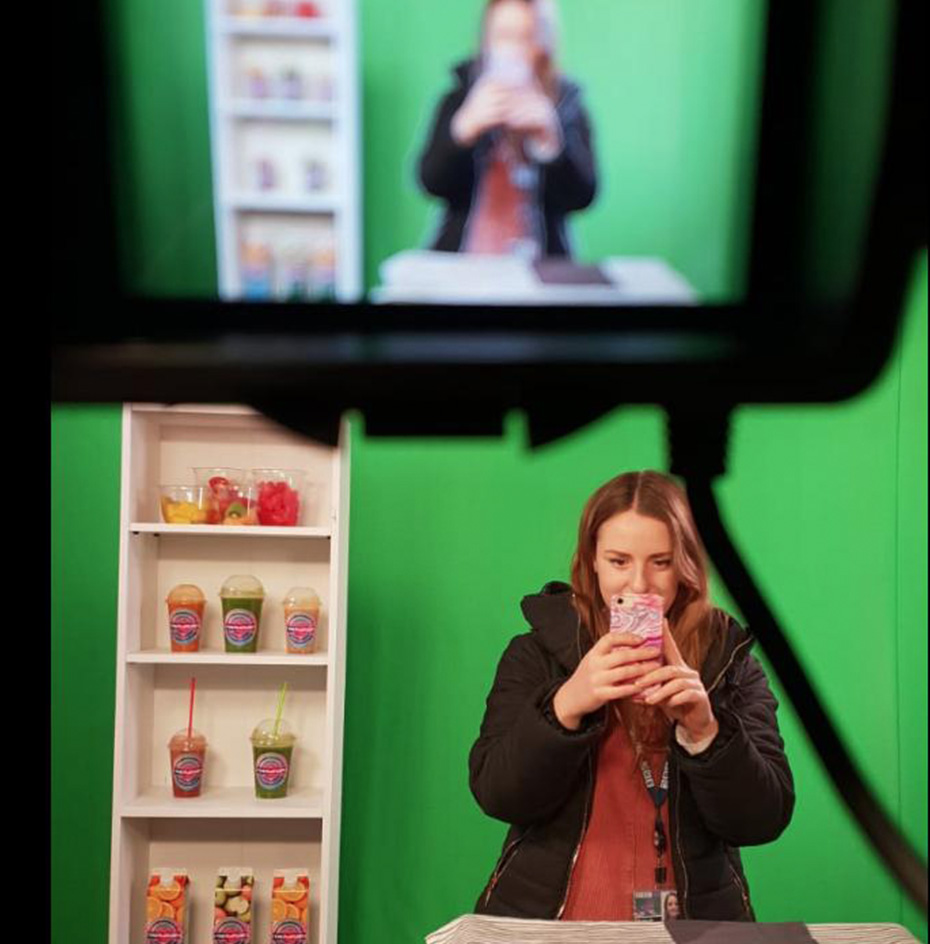 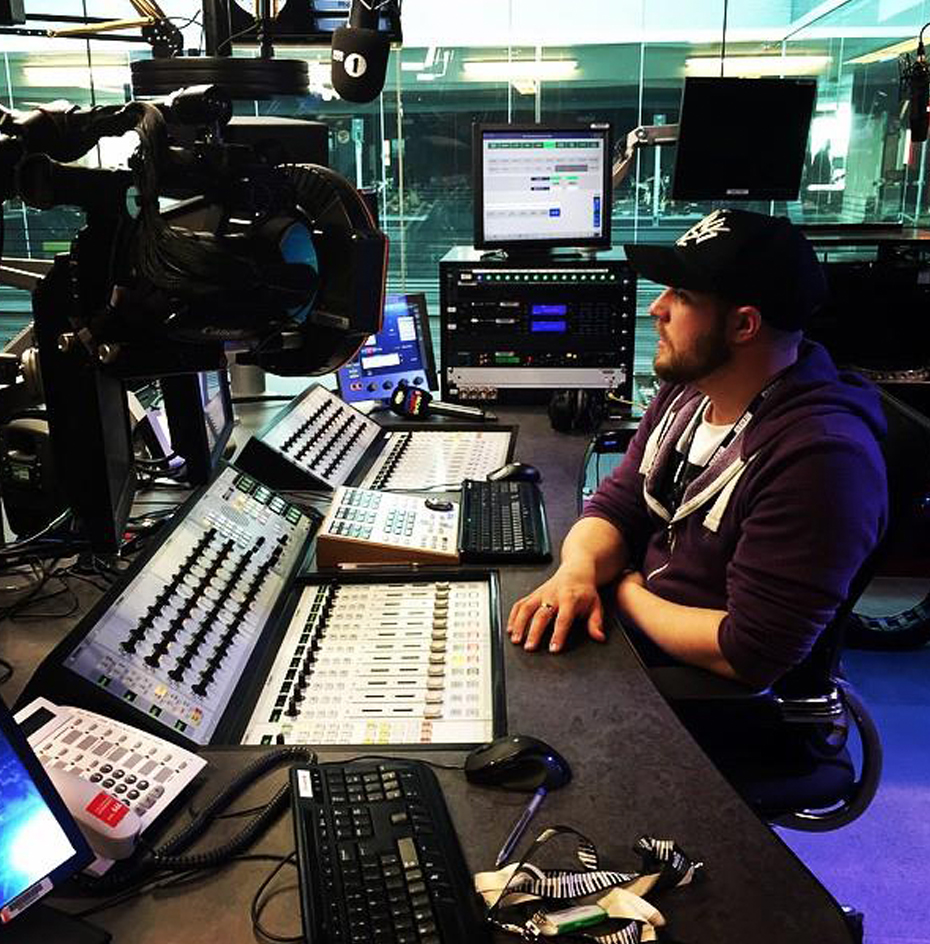 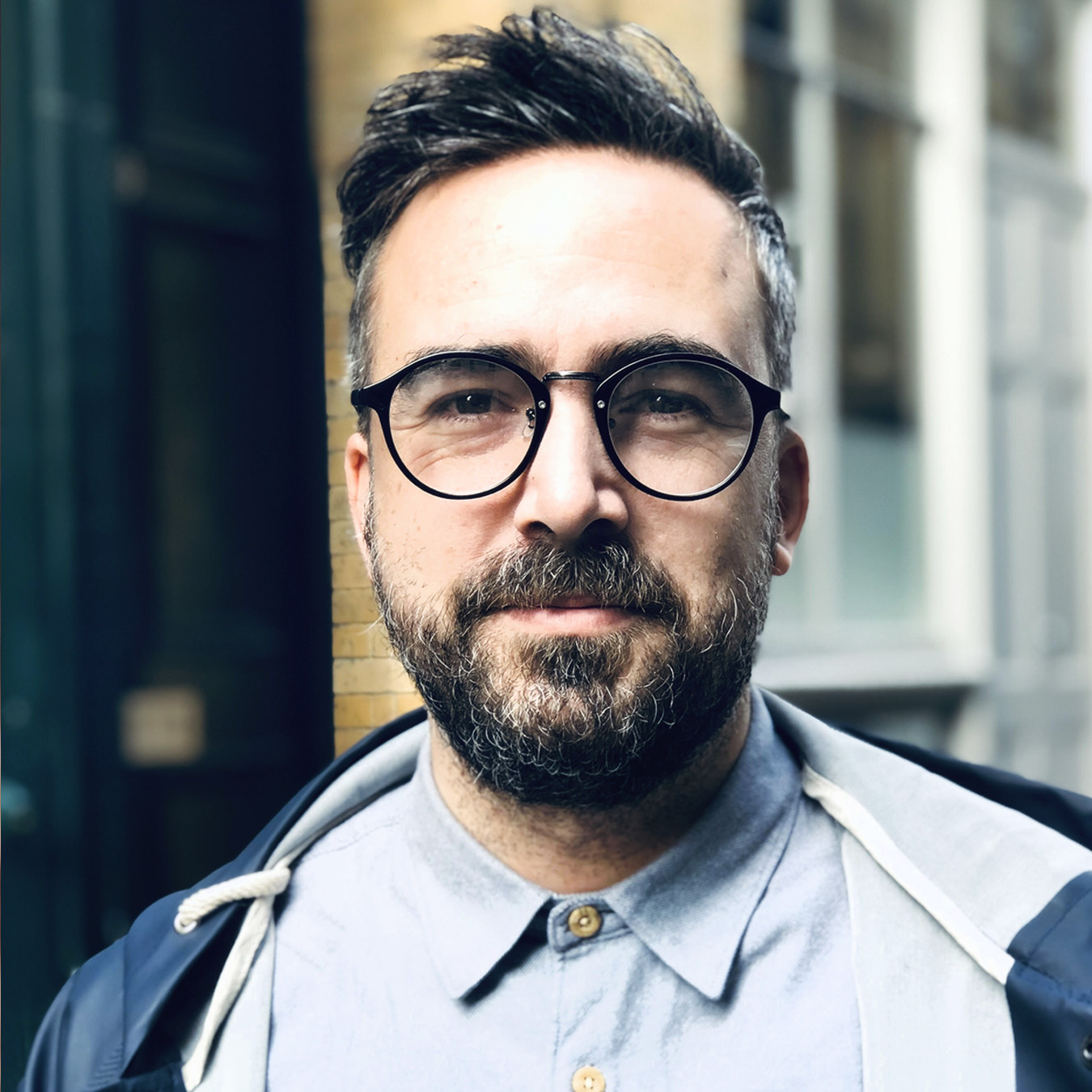 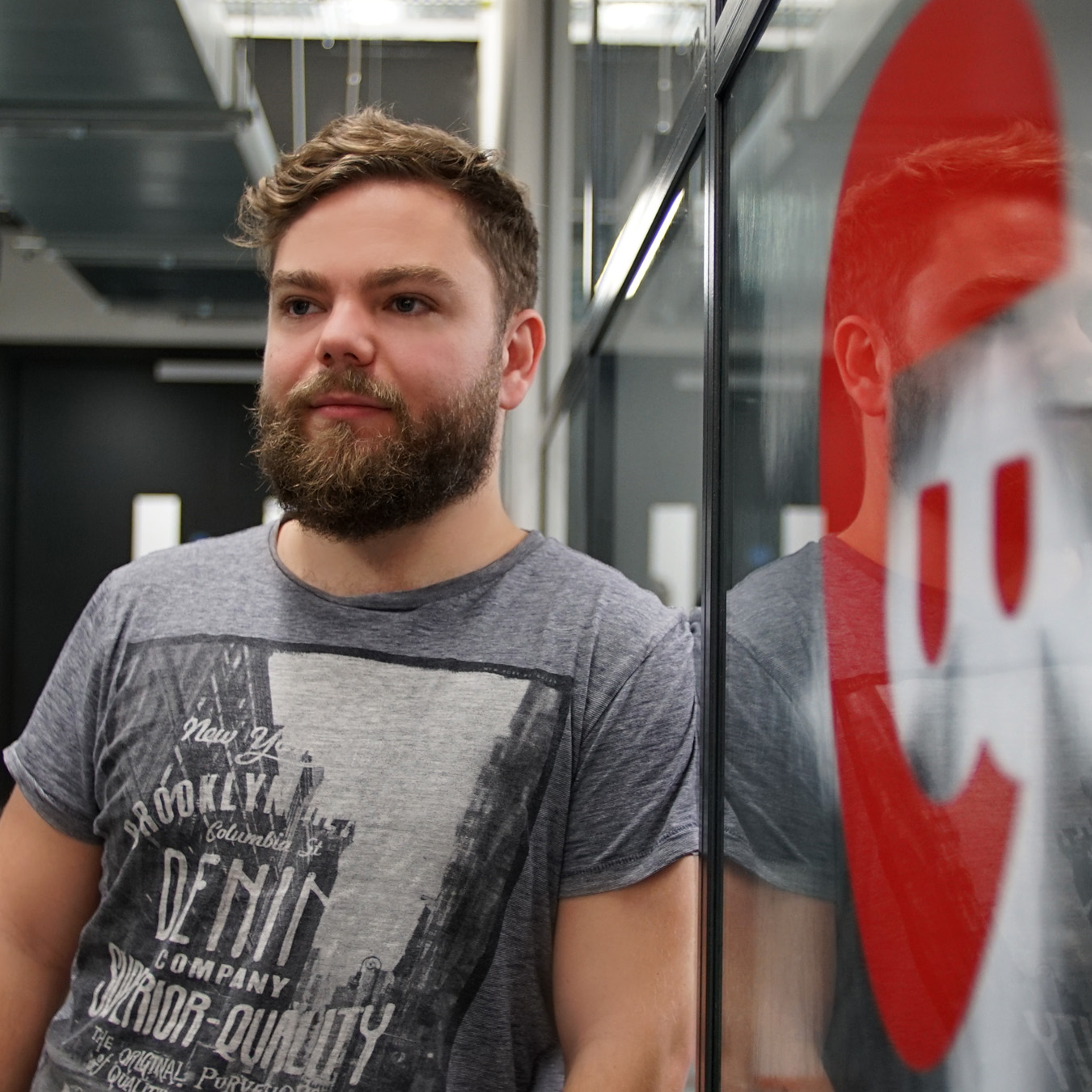 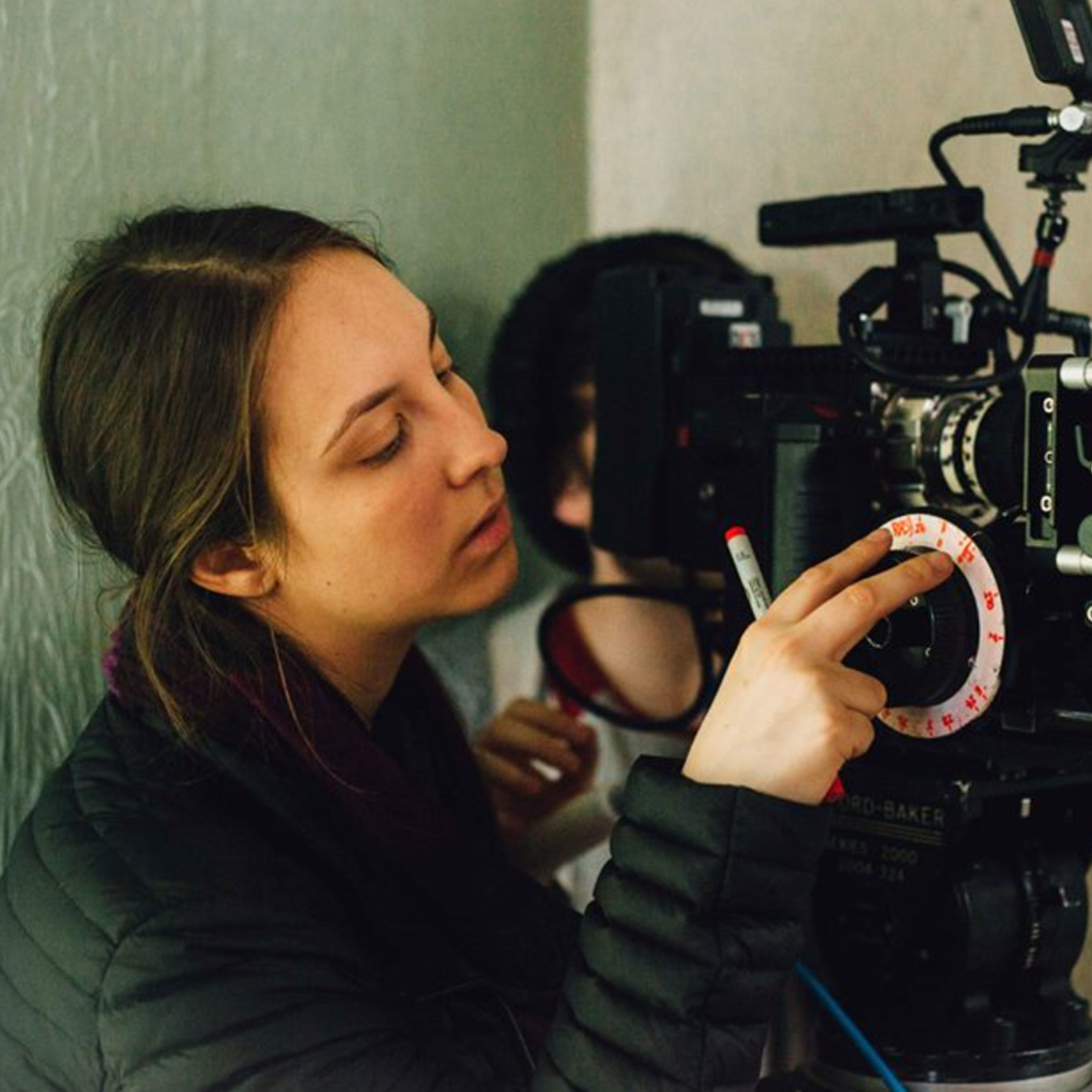 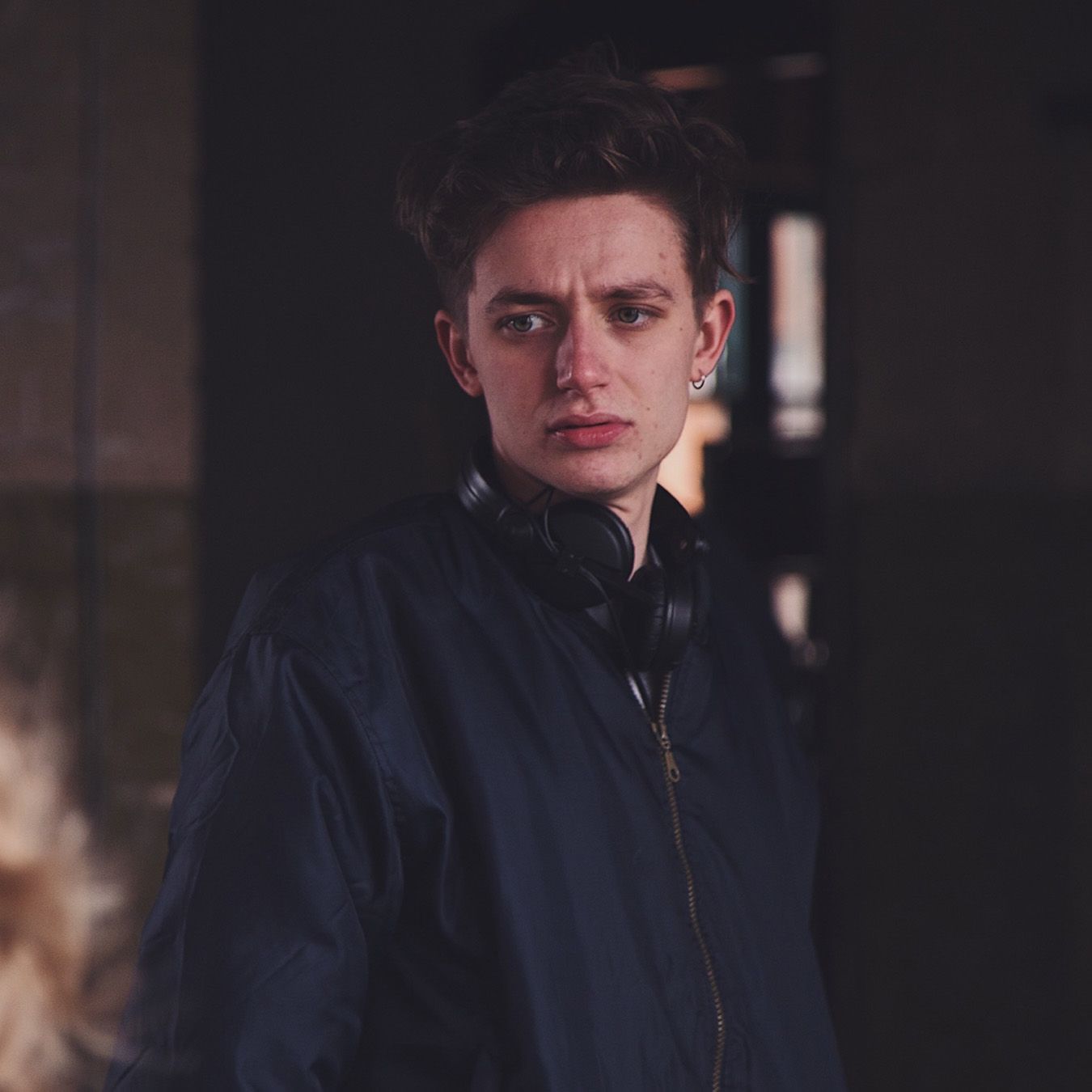 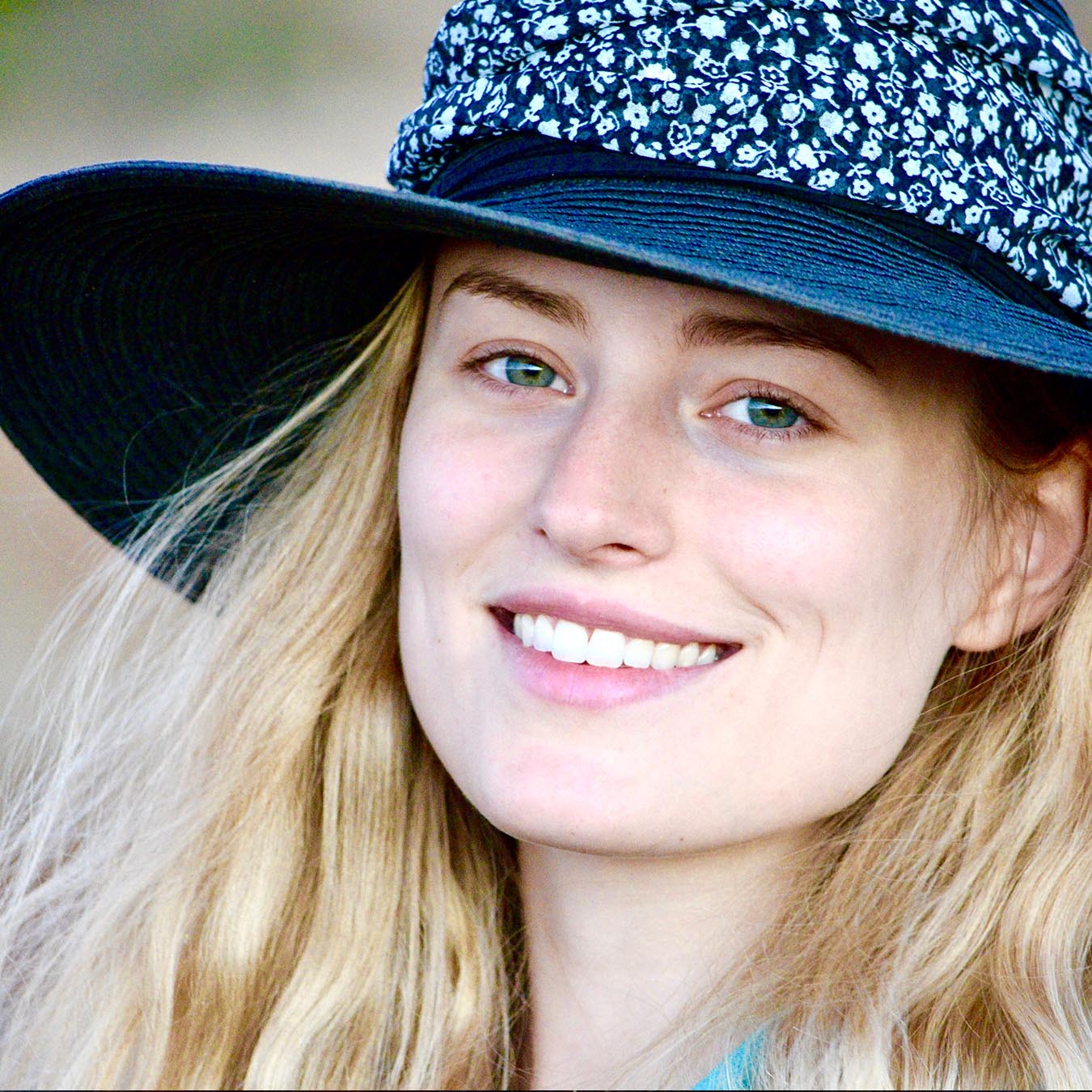 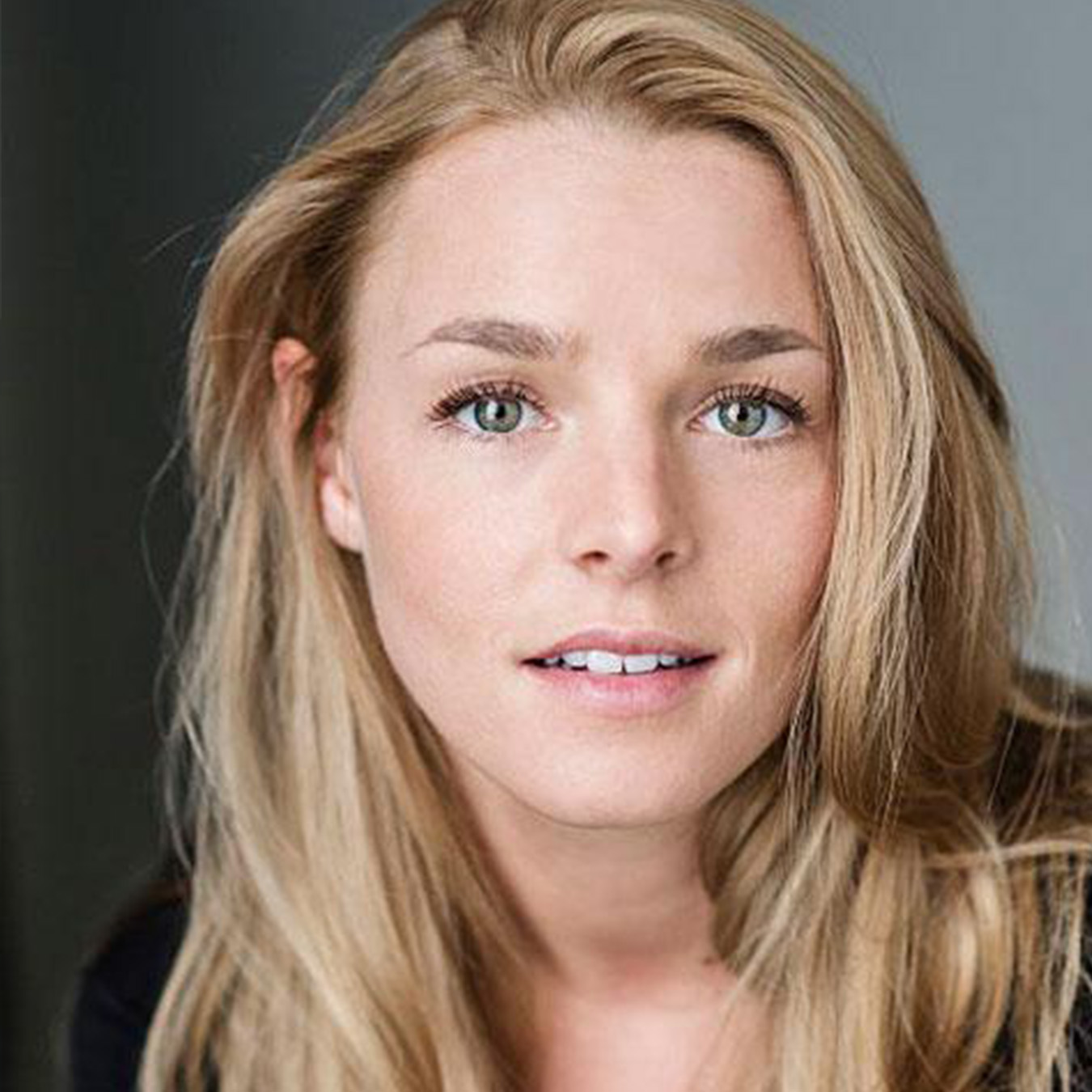 Steve Wynne is an award-winning producer with over 25 years of experience in content and television for broadcasters and networks across the globe.

Back in 1999, as well as producing ITV’s ‘SMTV:Live/CD:UK’, Steve was the voice of Chums BUT NEVER TALKS ABOUT IT.

Leaving Wonkey Donkey behind, Steve was appointed Executive Producer at Disney Channel running their UK production teams.  He was named a Broadcast Hot Shot and had his photo taken.

In 2005, Steve joined Warner Brothers International Television as Director of Production.He was responsible for all format development and production outside of the US – from sitcoms to reality.

After setting up Rival Media – experts in international formats, with hit shows including ‘Rooftop Rainforest’ (Sky 1), ‘Don’t Tell The Bride’ (Discovery), ‘The Shrinks’ (RTE) and ‘Mission Beach’ (BBC2), Steve ran Pretzel TV which was BAFTA nominated in 2015 for shows including ‘The CBBC Official Chart Show’ (CBBC) and ‘Animals Like Us’ (Cartoon Network).

He launched Strawberry Blond TV in 2017 and has already been BAFTA nominated for Independent Production Company of the Year.  Steve and his team produce telly like ‘The Playlist’ (CBBC), Mickey’s 90th Birthday (Disney) and digital content for YouTube stars like Caspar Lee.

Steve is Dad to three monkeys, likes to write letters of complaint and collects radio jingles. After Emma Thomson told her that the best way to fund her love for writing would be to go into Production, Hannah decided to take on Professor Trelawney’s advice; dove head first into the world of logistics, risk assessments and budgets and hasn’t looked back since.

At age 20, Hannah was producing a BBC Scotland Television Pilot with River City.

Since, she has picked up an array of awards for her work in documentary, music video and short film (including a RTS Award for Best Scottish Short and a nomination for Channel 4’s Innovation in Storytelling) and has had global success at festivals in South Korea, Shanghai, Romania and Australia (to name but a few!)

During her time with Strawberry Blond, she has not only worked with some of the biggest names in music and telly, but has also managed to get a selfie with Busted.

When she’s not up to her eyes in paperwork and showreels, Hannah can be found travelling the world in search of the best cheeses.

Myke looks after everything sound at Strawberry Blond. Myke’s skill set goes beyond that of the average noise boy. He has mixed and recorded for some of the biggest names in the music world including Jonas Blue, The Vamps, Pixie Lott and JP Cooper – to name but a few. His music production and song-writing skills have seen him write and produce for both musical artists and broadcast TV – he even wrote the theme tune for our CBBC show The Playlist. Myke has mixed for live TV in a variety of challenging situations including the BBC Radio studios, a rainforest and even once with a broken arm. Myke is also a dab hand at voiceover too and has worked with Waitrose, Thomas Cook, BBC and Nationwide. He’s the owner of a Recording Studio in Kent, supported Bring Me The Horizon, been nominated for 2 Children’s BAFTAs and has won a Broadcast Young Talent Award for Audio Production. Despite all this, Myke’s proudest achievement is – and always will be – his incredible mac ‘n’ cheese recipe.

As the only Strawberry Blond team member in their 30s, Tom carries the heavy responsibility of an entire decade on his shoulders. He started out his career on shiny floor shows like ‘Pop Idol’ and ‘So You Think You Can Dance’ but has been elbow deep in development ever since Justin Timberlake decided to bring sexy back.

With hundreds of hours of commissioned developments under his belt – from internationally distributed pop culture documentary series to a Bafta-winning children’s format, even the occasional Saturday Night entertainment hit – Tom brings a wealth of development experience to the team.

Outside of work, Tom enjoys arguing on Twitter in support of the Oxford Comma, starting then giving up hobbies after buying all the equipment, and spending time with his Bassett Hound and his wife (in that order).

Before joining Strawberry Blond, Scott worked across short film, dance films, corporate and digital content. During this time worked with a large range of clients including CokeTV, L’Oréal, PlayStation, Benefit and Amoy. Scott has also edited for some of the world’s biggest social media stars including KSI, Dodie Clark, Manny, Ali-A and Maddy Shaw, editing hours of YouTube content and racking up millions of views. He later worked across the first Facebook exclusive online music channel – LockInLive – with such artists as Enter Shikari. Scott ventured into the world of Broadcast Television when he joined Strawberry Blond in 2017 and began editing CBBC’s only music show – The Playlist.

When Scott’s not counting his hard drives, he can be found booking his next ridiculous adventure – most likely skydiving again.

Originally from Montréal, Canada, Emily, is our Strawberry from across the pond.  With a love of filming, she splits her time between her penchant for Silvermouse and running around set with a camera. Prior to joining Strawberry Blond, Emily worked on Channel 4’s Emergency Helicopter Medics, BBC Scotland’s Grand Tours of Scottish Lochs, plus Hollywood blockbusters Trainspotting 2 and Outlander.

Jake started out cutting trailers for his school’s drama department plays, which lead him to a degree in film and television at the Royal Conservatoire of Scotland.

There, Jake developed his skills and passion for editing and culminated in a short film which he wrote, directed and edited, under the mentorship of director, Peter Mackie Burns, before finding his feet in London and a desk at Strawberry Blond.

During all of this, Jake has played and performed with various bands, as a drummer and guitarist. Aside from untangling USB cables, Jake can be found scouring the internet for the next big thing in music, or watching the only football team that matters, Manchester City.

Amy arrived in the UK on the back of a dragon – or so she claims. Originally from South Africa, Amy gained her first level in the Editor class at the University of the Witwatersrand, where she later earned a great deal more XP by completing a Master’s degree in Interactive Media. Her first entry into the world of film and television was as a runner on the set of Chappie where she collided with a pole while fetching sweets for Dev Patel and accidentally told Hugh Jackman to shut up. Needless to say, everyone was relieved when she decided to focus on a career in editing. She continued levelling up by cutting documentaries, magazine shows and a variety of content for big South Africans brands. When Amy isn’t in front of a computer screen honing her craft, she can usually be found practising yoga, eating copious amounts of sushi or running her home-brewed Dungeons and Dragons campaign.

Zoe began her career on the other side of camera as an actor. She was lucky to be part of some amazing film and tv shows such as Firequake, Dust and Resin, Outlander, and CBBC’s very own Last Commanders (which won a BAFTA Scotland).
After a few years she realised she was better equipped on the business side of the industry and worked in talent agencies looking after scripted, unscripted and digital clients. Throughout that time her passion for the production side grew and she transitioned into becoming production secretary for The Great British Dig and coordinator for The Great Big Tiny Design Challenge and now is beginning her journey as the Production Co-ordinator for Strawberry Blond!
Close 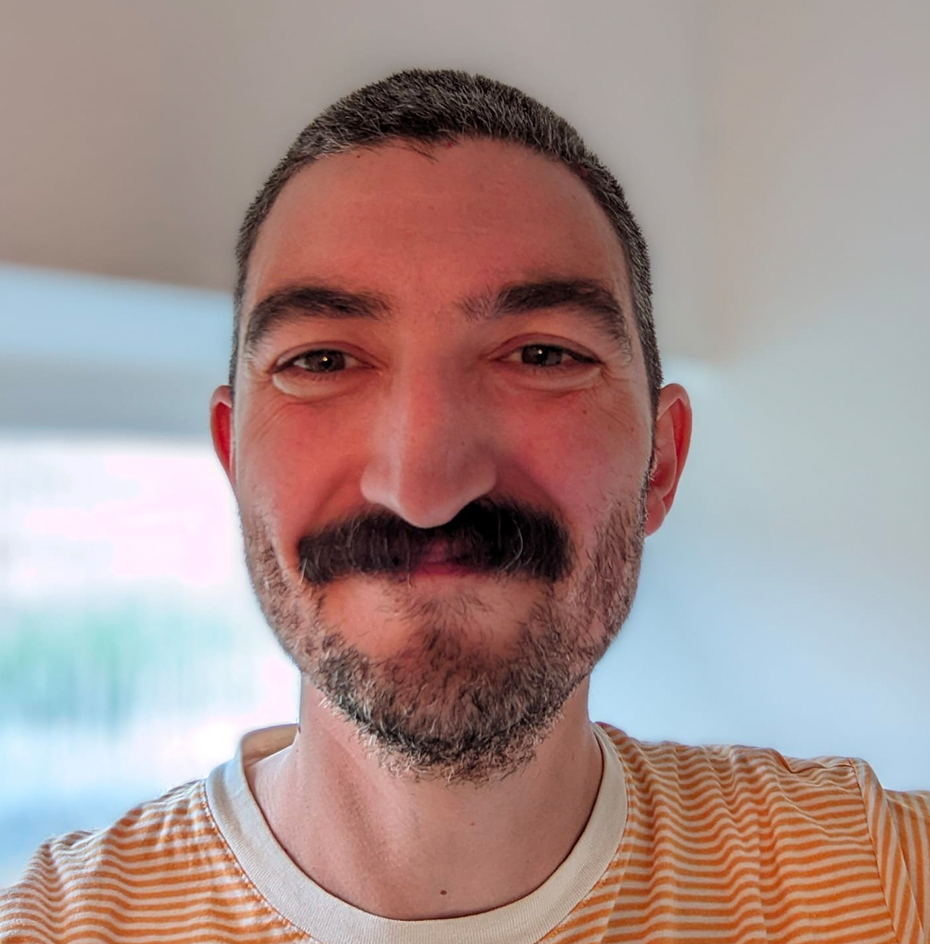 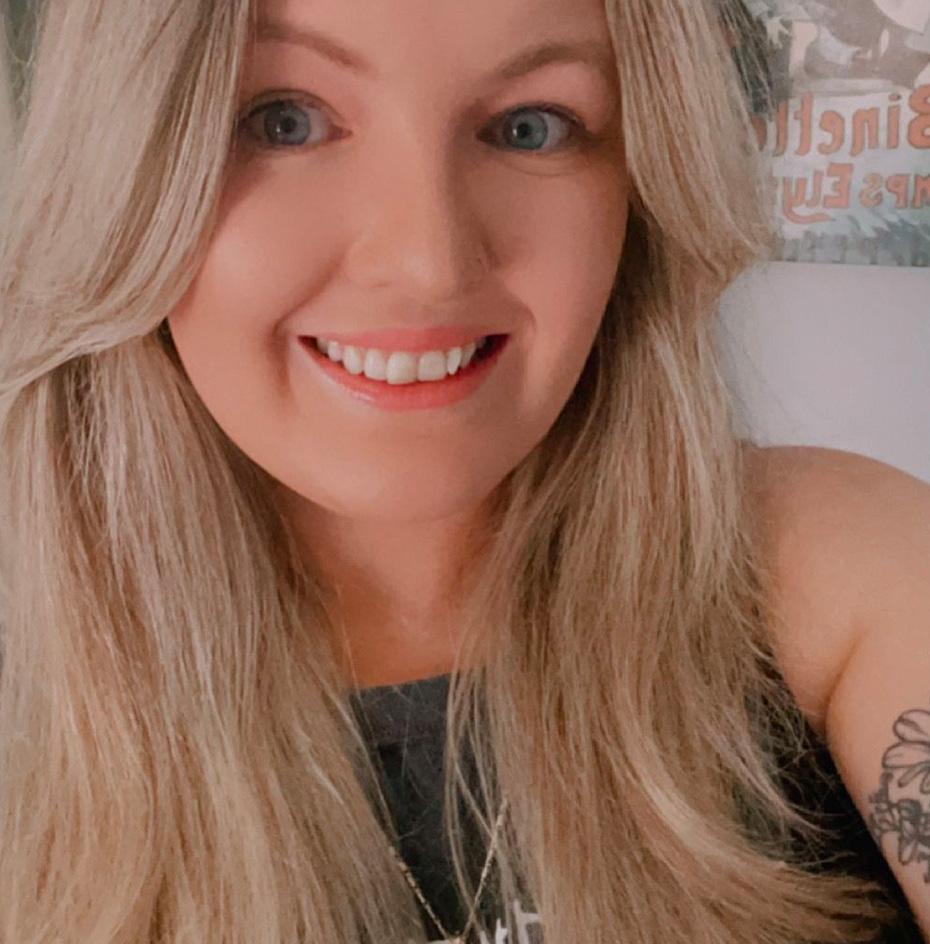 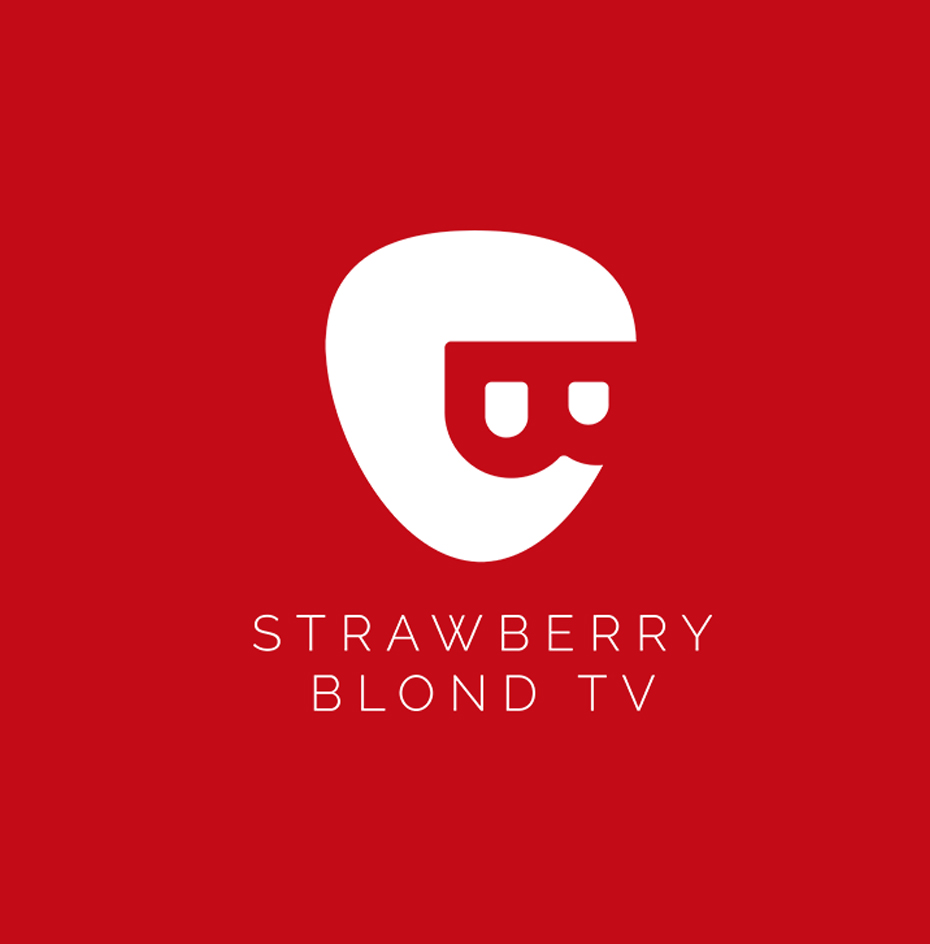